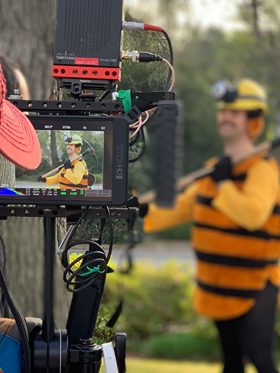 Brett Johnson is an actor and comedian based in LA, trained in Boston, and raised in Albany, New York and Nairobi, Kenya. His sly, cerebral joke writing and animated storytelling combine for an act that’s as entertaining as it is confessional. Brett is known for his willingness to explore delicate subjects and expressive physicality, which he developed as a trained actor and improviser.

He’s performed stand up all over the country, including as a featured performer in the Women in Comedy Festival and the Edinburgh Fringe Festival in Scotland. His short films have been screened in LA, New Orleans, Austin + his own website. Sometimes he goes by “Bread” but tries to limit his consumption of simple carbohydrates for nutritional reasons.